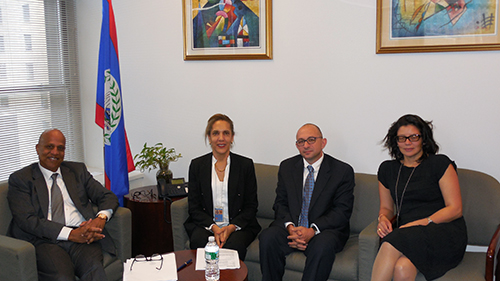 Upcoming Candidatures
For more information on elections being held in New York, contact the Elections Officer at the Belize Mission to the United Nations ph: 212-986-1240 extension 203 or email blzun@belizemission.com.

For electronic access to speeches made in the General Assembly since the 38th session (1983) please refer to the Index to Speeches search engine at UNBISnet. In addition, document symbols for the meeting records for statements made in the General Debate (1946 onwards) can also be found in UN-I-QUE. Use the current name of the country, i.e. Belize, to conduct searches on both websites.

Stay Up To Date

Copyright © 2019 Permanent Mission of Belize to the United Nations